Private beach to 1500 mt in the famous and exclusive Bay of Turks inside the protected Oasis Lakes of Alimini with fine sand equipped with umbrellas and little beds, and compatibly with rules that protect this pristine corner of the coast with ecological sanitation services and a small floating restaurant shore.

The beach is reachable with shuttle service until the pine forest.
Services Beach included in the Bay of the Turks resort card.

July 27, 1480. The Turkish fleet of Muhammad II composed of about 150 boats and 18,000 men disembarked on this tongue of fine white sand, the next day besieges the village of Otranto.

August 12, 1480. the Otrantini oppose the Islamic conversion, but 800 otrantini will be cruelly beheaded on the hill of Minerva by Akmet Pasha, head of the Turks. From this moment on Otranto passes into the Turkish hands which sow terror and death for almost the whole Puglia.

September 10, 1481. The Aragonese attack the Turks and return the city to the Otrantini.
(On May 12, 2013, Pope Francis proclaimed Saints the Blessed Martyrs of Otranto. The relics of the Martyrs of Otranto are kept in the Cathedral of the City for visitors, while the patronal feast takes place on August 14th.) 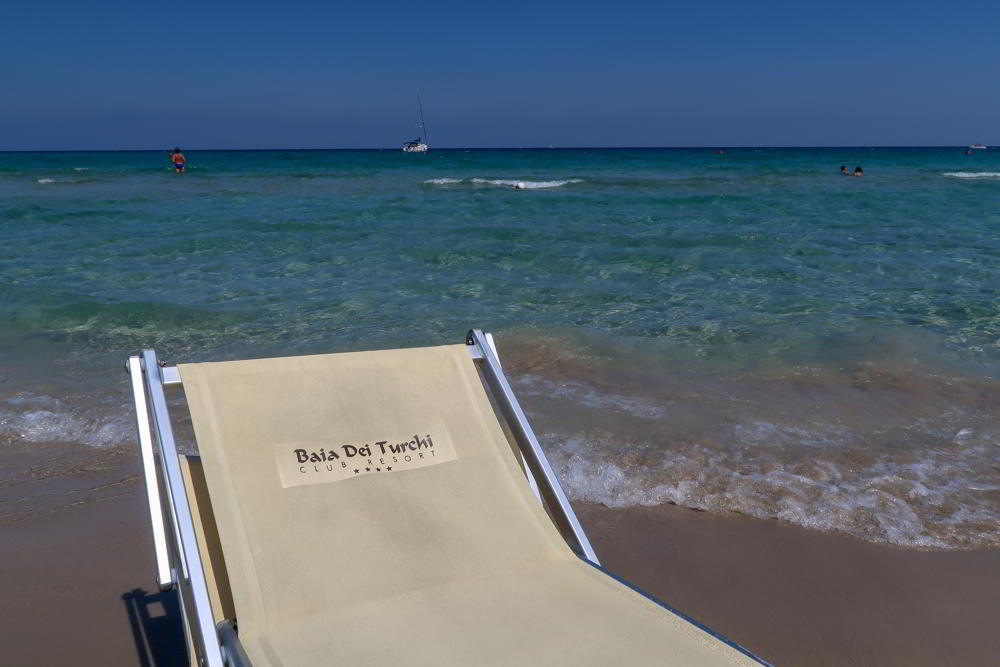